I am drawn to experiences that blur the beautiful with the grotesque, and so when I happened upon a small, aged anatomical museum in Paris I shrugged apathetically and felt that I wouldn’t be seeing anything out of the normal. Well, I found these. These theatrical “sculptures” are in-fact  anatomical models, called écorchés, which essentially translates to “flayed figures” from French. Traditionally,  Écorchés were models of bodies with the skin removed, exposing muscles, blood vessels and skeletons. They were constructed from a variety of different materials, such as bronze, ivory, plaster, wax, and wood. But not Honoré Fragonard, non. Monsieur Fragonard took it a step further within the 18th century — He used real corpses.

Over his career it is believed that he made over 700 figures, both animal and human. As a professor of anatomy for five years in the Ecole Nationale Vétérinaire d’Alfort from 1765, he learned the Science behind his “art”, working professionally upon models for the benefit of medical students. In 1771 he was deemed a madman, and was expelled from the institution. This did not stop him from creating, though! He turned to selling various pieces to the jaded French aristocracy, who rather took to the macabre theatricality that his work undoubtedly inhabits; both in object and subject. In 1793 he somehow managed to become a member of the Jury national des arts, and in the following year the Commission temporaire des arts. He lived an awfully bizarre life, constantly treading upon the fringes of art and science, melding the two like some patchwork abomination. A quote from the much later Cubist Georges Braque comes to mind, “Art is meant to disturb, science reassures.”

So, this begs the question. Can we call these works art or scientific craft? Can death, in the literal, not the metaphysical sense, be beautiful? Well firstly I believe that they are firmly of a Baroque aesthetic, not all that much different from contemporary religious memento moris, barring the meticulous method behind their construction. Following dissection, muscles and organs were treated with solvents before drying, this was, of course, a very delicate process, as was it all. The vascular and musculoskeletal  systems of the corpse are then emptied of blood before being filled with a unique mixture of colored resin and wax via a syringe, so that the circulatory system can be as true to visual observation as possible. Parts are painted, and limbs are placed. The pieces, mostly in thanks to the eerily lucid glass eyes and irregular sheets of dried and varnished muscle, translate an extreme sense of torture (almost reminiscent of pieces by Austrian Expressionist Egon Scheiele). There is no anatomically dispassionate gaze here, there is horror absolute. Whilst the sculptures primary function were to edify medical students upon human anatomy, one cannot deny that there is an artful presentation of the figure, almost classical in composition, often biblical in subject. Whilst praised for their artisanal virtuosity, the pieces, according to contemporary Veterinarians, were deemed too improper for true science. The question continues today — art or science? Both? Neither?  It is a difficult point to answer, and it is one that, at least to me, remains wholly unanswered. All of the components of a work of art are present, and so I wonder . . . Is there a codifying aesthetic to the human body — or, rather, to what lies UNDER the human body? Can that which was created for scientific practice translate into an artwork today, even if unintentionally? It generates grim thoughts, in truth. Do I want an enfilade of corpses staring down at me as I walk down a corridor at the National Gallery? Do I want the answer?

If so, then I suppose that the works would bring a new meaning to the term that Art is dead. 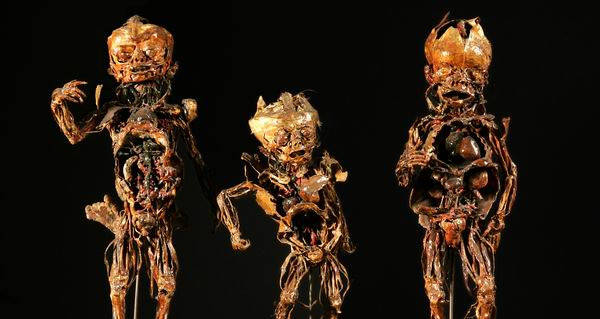 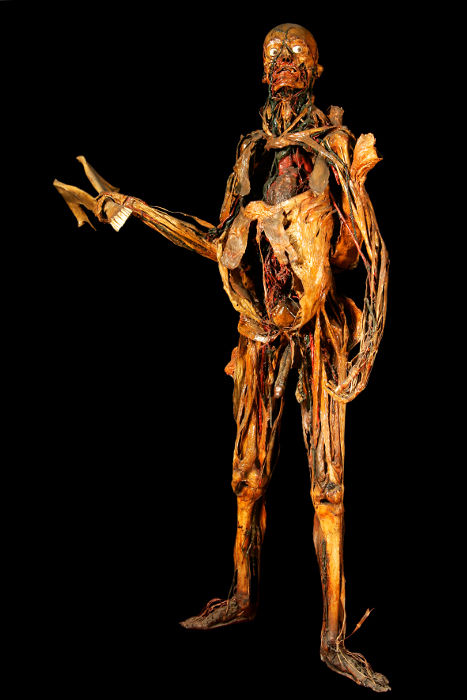